The coronavirus has exposed the naked truth about defective global health, economic, and security systems more than millions of articles, publications and books ever could. It has uncovered the glaring truth about a neo-liberal system that allowed eight men to own the same amount of wealth as the poorest half of humanity.

This virus is reminding us of the disparity in global health expenditure, with health spending in 2017 for low incomecountries not exceeding USD 41 per person per year compared to USD 10 224 in the US, or USD 5 728 in Germany for example

The crisis has also demonstrated that the amount of money spent on health alone is not an adequate measure for good health standards. In the US, for instance, 17% of the gross national income is spent on healthcare, yet 27.5 million people did not have health insurance at any point during 2018 and only 34.4% of the population had public (non-private) health insurance.

Most of that money goes into the pockets of insurance and drugs companies, not towards people’s healthcare or towards preventative and primary care. The astoundingly high cost of medical treatments also plays a part in supercharging expenses.

For all they take in, pharmaceutical companies have so far proven incapable of developing a vaccine for this dangerous virus.

In 2018 alone, USD 1.8 trillion was spent globally on armaments and related military expenses; this represents 25 percent of total global health expenditure (USD 7.5 trillion in 2016) These outlays, of course, are completely unable to stop the new coronavirus, which does not distinguish between a destitute person in the streets of Delhi and the richest of the world’s rich in California or New York. It also does not spare rulers, kings, prime ministers or celebrities who are as vulnerable to the virus as ordinary citizens.

The virus does, however, expose vast disparities in testing and treatment.

In Palestine, for example, the coronavirus pandemic is highlighting the impact of Israel’s apartheid policies on our healthcare system and ability to protect our communities. Health officials and medical professionals are doing their best to keep the virus at bay, but fighting coronavirus is not easy under military occupation; there is an acute shortage of equipment – including testing kits – while in Gaza, basic infrastructure including electricity and sanitation is already at breaking point.

The world has become one expansive village as a result of globalization and the explosion of trade. That has turned the world into one body, with no borders that could halt novel viruses and diseases and keep them within developing countries as was the case with malaria and yellow fever in the pre-globalization past. New mysterious viruses can now spread throughout the world unabated.

Our modern world has become preoccupied with developing electronic surveillance equipment and programs that have annihilated people’s privacy, and made it so every phone call, every conversation on this planet, can be recorded and kept in the electronic servers of security forces everywhere. Many rich countries could easily be developing better technologies, instead of weapons, to produce more ventilators or new and effective vaccines for viruses and contagious diseases, which would save thousands if not millions of human lives.

Many European countries, as well as the US, were quite slow in allocating revenues to fight the coronavirus when it first began to spread, and some media outlets became obsessed with cursing and blaming China, wasting precious time.

Remarkably however, some countries like South Korea and Iceland were able to quickly provide test kits for everyone who needed them. The US, by contrast, is still struggling to deliver them to its citizens, and only began to do so after its president was harshly criticized for his lax response to this century’s worst disease.

The coronavirus pandemic is teaching people everywhere that no matter where they are, what positions they hold or how rich they are, we are in one world. Our fates are inextricably linked together. No nuclear bombs, rocket launchers or fighter jets, no walls or borders can protect children, presidents or one single elderly person from contracting this perilous virus. For me, especially as a physician, there is nothing more painful than watching an old person dying without being able to help him or her.

This most trying global event the world is currently enduring, with all the pain it is causing, should not pass as though nothing has happened. It should be understood that it is the product of a globalized system that seems to be irreversible. The new coronavirus is not the only challenge that will face humanity as a whole. We could face other epidemics, environmental disasters, or mass displacements caused by global warming.

With lessons learned from this crisis and for other possible future disasters, reform has become vital. Priorities must change.

Rationality necessitates global action to fundamentally reform political, economic and health systems. We must transcend private interests to pursue the best interest of the public, of humanity at large, and the well-being of the entire planet. Old ways of operating based on racism, discrimination, exploitation, and political domination must be fully replaced with equitable systems if we are to thrive on planet Earth. 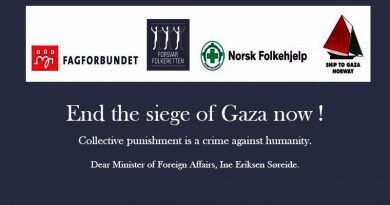 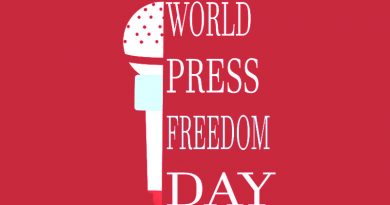 Coronavirus used as a pretext for many press freedom violations

May 5, 2020 sihr Comments Off on Coronavirus used as a pretext for many press freedom violations