At the onset of the pandemic, Turkey enjoyed a brief period of political unity. However, a bitter conflict between the government and opposition quickly brought it to an end.

At the onset of the pandemic, Turkey enjoyed a brief period when its deeply polarized political elite—riven by a clash between President Recep Tayyip Erdoğan and his opponents—seemed to be uniting around the national response effort. Although Erdoğan has increasingly consolidated a form of one-man rule in recent years, he chose not to present himself as the face of the policy response. Instead, he empowered his minister of health, a doctor and technocrat who has gained considerable trust from citizens across party lines. The opposition, meanwhile, was careful not to explicitly criticize the government’s handling of the crisis. However, a bitter conflict between the government and opposition quickly terminated this initial wave of elite cooperation.

Polarization first flared over clashes between the central government and local governments controlled by the main opposition, most notably in Istanbul and Ankara. Ever since the opposition won mayoral elections in Turkey’s three largest cities in March 2019, the new mayors have been regarded as challengers to the incumbent president, and the central government has curtailed the powers and autonomy of local authorities.

During the pandemic, these tensions erupted when the mayors of Istanbul and Ankara launched donation campaigns to help struggling families in their cities. The central government suspended these fundraising initiatives, started its own national campaign, and opened criminal investigations into these local efforts. Its measures to undermine the opposition’s outreach to citizens during the pandemic have extended even to smaller cities such as Adana and Antalya, where it shut down soup kitchens and field hospitals operated by the local governments. Furthermore, when the government declared a last-minute lockdown in mid-April, it chose not to inform local officials beforehand, leaving them with no time to organize measures such as providing transportation for healthcare workers. Even though local authorities are on the front lines of fighting the pandemic, the central government has excluded them from the national response, thereby fueling polarization and hampering the delivery of much-needed local services to citizens.

Elite polarization also has deepened during the coronavirus outbreak as a result of the government’s sustained efforts to tighten its grip on the country and clamp down still further on the opposition. Erdoğan has referred to opponents in the media and politics who are critical of the government’s measures as “akin to the coronavirus,” and the state’s media watchdog has heavily fined opposition news channels for their critical pandemic-related coverage. Perhaps more concerningly, the government has prepared a draft law that gives the state extensive powers over social media platforms and companies. Although the bill has now been withdrawn from the parliament’s agenda due to emergency bills on the economy and public health, the opposition fears that it will be soon be reintroduced. The government has also passed divisive new legislation on criminal sentencing, which grants amnesty to thousands of prisoners yet entirely excludes those jailed for “political” crimes.

It is still too early to assess how these developments have impacted Turkish society at large, but the crisis and the government’s response seem to be aggravating preexisting societal divisions rather than fostering a sense of solidarity. The government’s exclusionary and unilateral response to the pandemic has fueled widespread distrust, as seen recently in the public reactions to the last-minute lockdown announcement. Many citizens did not trust the government’s claim that the lockdown would be limited to forty-eight hours, and consequently they rushed out in crowds to stock up on supplies, risking further infections. Similarly, many Turks sympathetic to the opposition do not believe the official numbers of infected individuals and deaths. The government’s divisive tactics, coupled with the lack of a free and independent media, have produced polarized views of the trustworthiness of official data. Finally, the government’s policy of implementing full lockdowns on the weekend but only partial restrictions during the week has fueled partisan debate among citizens regarding whether stricter quarantine measures are necessary.

In short, the growing polarization in Turkey during the time of the coronavirus tracks earlier patterns of political discord: it is largely elite-driven and more specifically has intensified owing to the illiberal policies and polarizing rhetoric of Erdoğan and his government. Despite initial hopes of unity, Turkey’s vicious cycle of polarized politics and democratic erosion has continued. 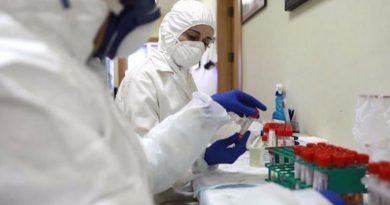 April 21, 2020 sihr Comments Off on In Palestine, COVID-19 Meets the Israeli Occupation 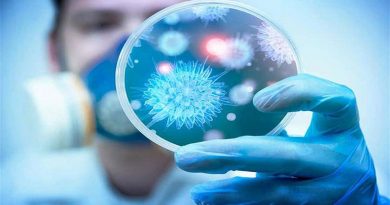